SSDs offer many benefits when compared to standard hard drives, and the installation process is relatively simple on a desktop PC.

If your PC becomes slow and frustrating to use, don’t underestimate the impact of installing an SSD.

Compared to a standard hard disk drive (HDD), Windows feels more responsive, applications load faster and boot up / shut down faster. If you follow the steps in this tutorial carefully, the process of installing it on your PC or laptop isn’t that difficult.

SSDs have benefits for desktop computers as well as for laptops. Since the price has dropped dramatically in recent years, SSDs are a great upgrade for your PC. We’ll show you how to install an SSD on a typical desktop computer, with your old hard drive as the second drive.

Is an SSD worth upgrading? What performance improvements can I get?

Good question so we thought we’d answer it with some good old-fashioned benchmark tests. We took a few year old and well-used Alienware X51 and ran various tests before and after installing the Integral V Series SSD.

As you can see from the table below, you can expect your PC to boot up significantly faster, in our case more than twice as fast. You’ll also make programs and games load faster (see the difference when starting Overwatch), files move faster, and generally more responsive performance.

So is it worth it? If your PC feels sluggish, then an SSD is great and well worth it.

How to install an SSD: Before you begin

Almost every PC case has internal space to add an extra hard drive, which is 3.5 inches wide. SSDs tend to be 2.5 inches wide, so you may need a mounting bracket to fit on your computer. 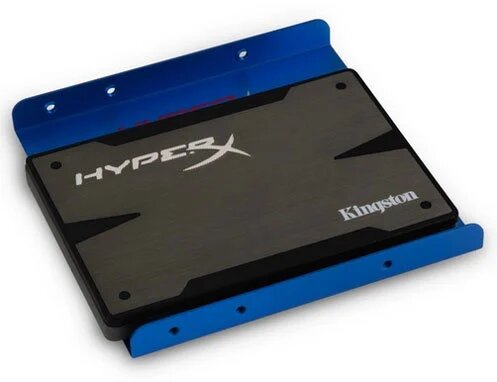 The SSD has a Serial ATA (SATA) data connector, which comes in three versions (1, 2, or 3), each of which can transfer data at 1.5Gbps, 3Gbps, or 6Gbps. The Kingston Hyper X 3K is capable of reading and writing data at 500MBps via the SATA 3 port.

It doesn’t really matter if your computer doesn’t support SATA 3.The SSD is backwards compatible, and the raw transfer speed isn’t the only reason for the SSD performance improvement. What is more important is the significantly reduced latency compared to conventional hard drives, as it takes far less time to access data from SSD NAND flash memory than the mechanical arm of the hard disk to move into position.

There are several drawbacks that must be considered. SSD storage costs per GB more than conventional hard disks. Plus, the capacity goes up to around 512GB, which is way below the current 4TB maximum for hard drives.

It makes sense to store Windows and your applications on an SSD, which will benefit from better loading times, and large media collections on separate hard disks. We will explain how to configure BIOS and Windows accordingly.

For this guide, we’re using a desktop PC with an Asus P8P67 Pro motherboard and a Fractal Design Define R3 case, which has internal space for an SSD, but our advice applies to any desktop computer.

You can install a fresh copy of Windows, like we’ll do here, or just clone the hard drive. There are many programs to do this job, such as Acronis True Image HD, which is included with the Kingston HyperX 3K.

How to install an SSD on your PC

Step 1. Unscrew and remove the side of your computer case. Some have hooks that hold the sides in place, which must be pushed open. Make sure you have clear access to the motherboard’s SATA ports and hard disk space. 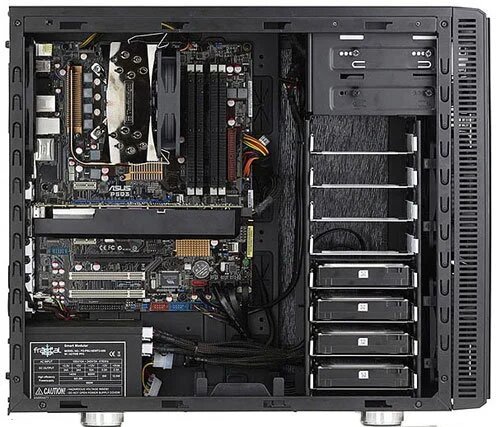 Step 2. Place the SSD into its mounting bracket or removable tray, align it with the holes underneath, then screw in. Position the mounting bracket into the spare 3.5 inch hard drive bay and secure it using the holes on the side. 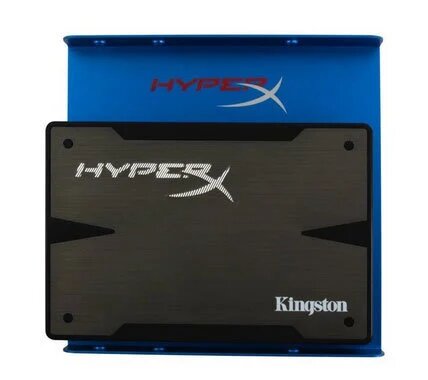 Step 3. Connect one end of the L-shaped SATA cable to the SSD, and the other end to a spare SATA port (SATA 6Gbps port is blue). Connect the SATA power cable to the SSD. For a new Windows installation, disconnect any other hard disks in your PC. 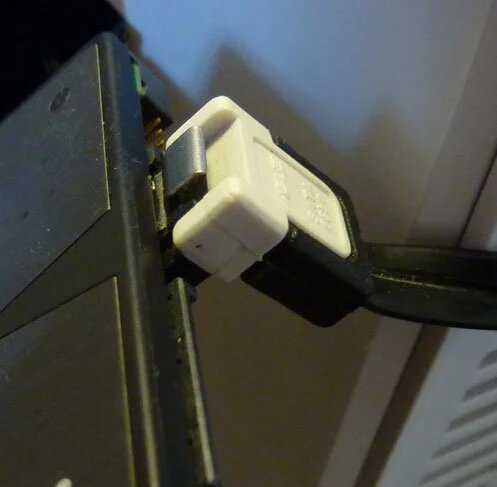 Step 4. Insert a USB or DVD stick ready with Windows 10 (see how to create one here) and turn on the PC. Press F12 or any key to see the boot menu and select USB or DVD (see more on how to boot from USB). Now follow the instructions to install Windows 10 on an SSD. After the installation is complete, you can reinsert another hard drive.

All old files and Windows installations will still be on your old disk. You can copy documents, videos, music, and pictures to their respective folders on the SSD, but it’s best to leave most of the files on the hard disk to avoid using limited space on your SSD.

There are many ways to tell your new Windows installation that other documents and files are on a different hard disk, but with Windows, the most elegant method is to use its library features.

Create a folder on your hard disk (for example e: / docs). Right-click a folder in Explorer, scroll down to the Include in library option, then select Documents library from the list. Then copy all the documents from the My Documents folder to the new one. You can do the same for movies, music, and pictures, keeping your files close at hand without having to be on the SSD.

When it comes to programs, it makes sense to install the ones you use most on an SSD to take advantage of its speed. When space gets too tight, or you don’t need extra speed, install new programs on your old hard disk specifying a place to save files during the installation process. If you leave the settings at their defaults, programs will always be installed to the same drive as Windows. 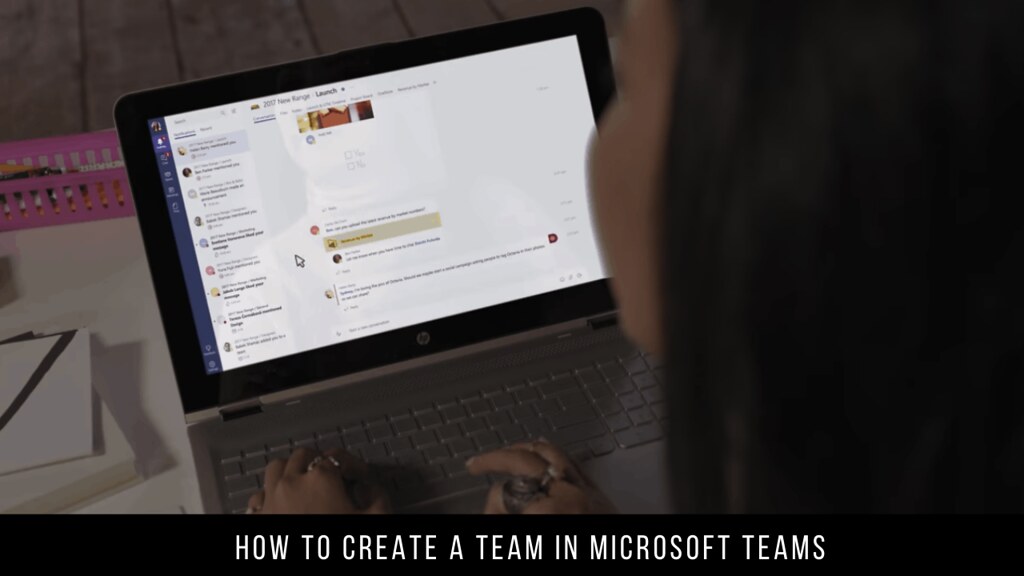 How to create a team in Microsoft Teams 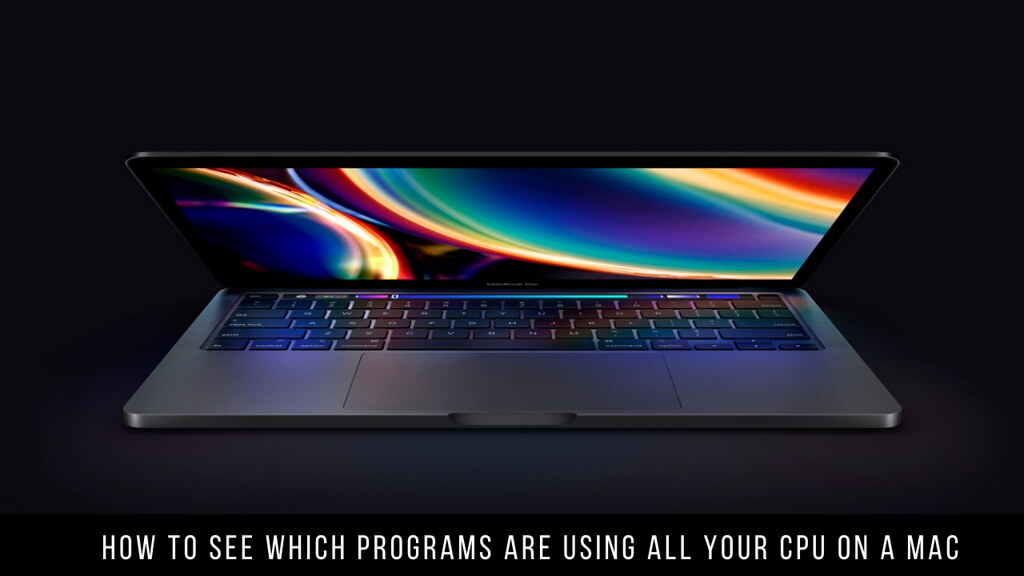 How to Limit Who Can Reply to Your Tweets

How to enable Wifi 5GHz on your laptop

How to get Peacock on your Fire TV now

How to Change Your Display Name on Google Sheets

How to play Xbox games on Xbox 360