Updating your BIOS may be needed to support the latest processor, while it can also help improve performance and solve problems

The Basic Input / Output System on your computer – better known as the BIOS – is a chip that allows your PC to perform basic start-up operations before the operating system starts. This ensures the operating system is loaded correctly into memory, making it important to run your device effectively.

There are two BIOS standards that you need to be aware of. The traditional type is being removed and replaced with a newer UEFI chip, although PCs produced before 2007 may still have an older version. UEFI also creates universal standards for all major processor manufacturers

Should you update the BIOS?

Regardless of which standard your device is running on, it’s a good idea to consider whether you really need to update the BIOS.

If an error occurs during a BIOS update, your computer may be considered useless. If there is a power outage, or the computer is turned off while updating, it can mean that it cannot boot at all. That is not possible, but it is not out of the question.

With that in mind, I would recommend reading the release notes of the latest version (and each version returning to the one currently installed) on the manufacturer’s website to see if it will add the features you need or fix the problem or vulnerability. If not, there might be little point in taking risks by updating.

Sometimes you need to update the BIOS so that the motherboard can support new processors or other hardware, or to fix bugs and increase stability or performance.

How to update the BIOS

This is the usual process, which remains the same whether your motherboard is in UEFI or the old BIOS mode:

It’s a good idea to have backup copies of all important files from your PC before you begin. Although a failed BIOS update does not endanger the data on your hard drive directly, you will be able to access your files and continue to work with them on another computer if you have a backup on a removable drive.

Likewise, backing up your BIOS is also a good idea. Sometimes this will be done automatically as part of the update process, but if you need to do it manually, be sure not to skip this step.

Identify the brand and model

It’s important to know the accuracy of your board’s making and model. The full model name – like the Z170A Gaming Pro – is usually found somewhere on the board itself. This is important because there are several versions that are somewhat different, and each one may have its own BIOS. Plus, you should note the revision number – for example REV 1.03G because it might require a different BIOS file than the previous revision.

If you are updating a laptop, you only need to find the right machine model and homemade. 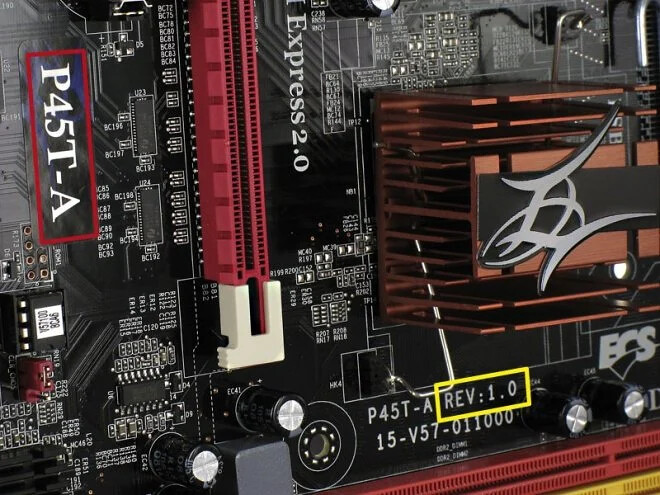 Identifying your BIOS version is easy: hold down Windows + R to bring up the Run command prompt and type msinfo32. In the System Information window that appears, select System summary on the left and look for the BIOS / Date Version entry on the right.

You can also see in BIOS mode if your motherboard is set to Legacy or UEFI. Ideally, for modern machines, it must be UEFI. 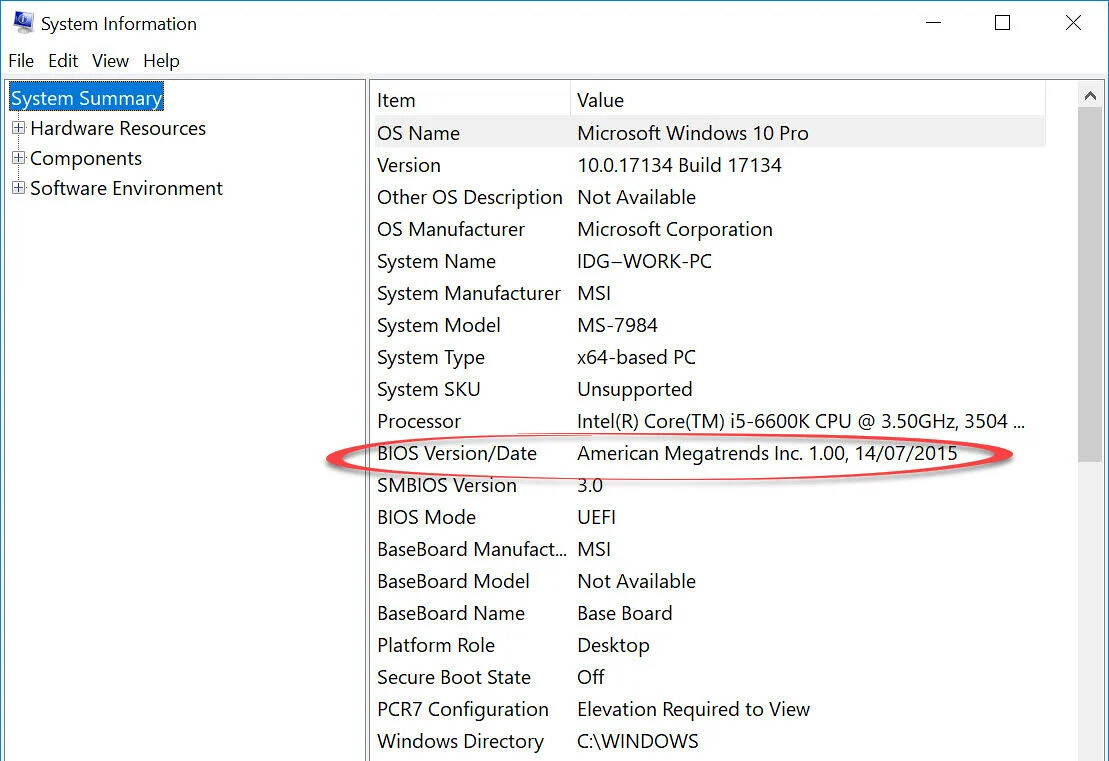 Go to the motherboard or laptop manufacturer’s website and look for a support link. You should be able to search for models and see a list of available downloads, which may include manuals, drivers and BIOS / UEFI files. 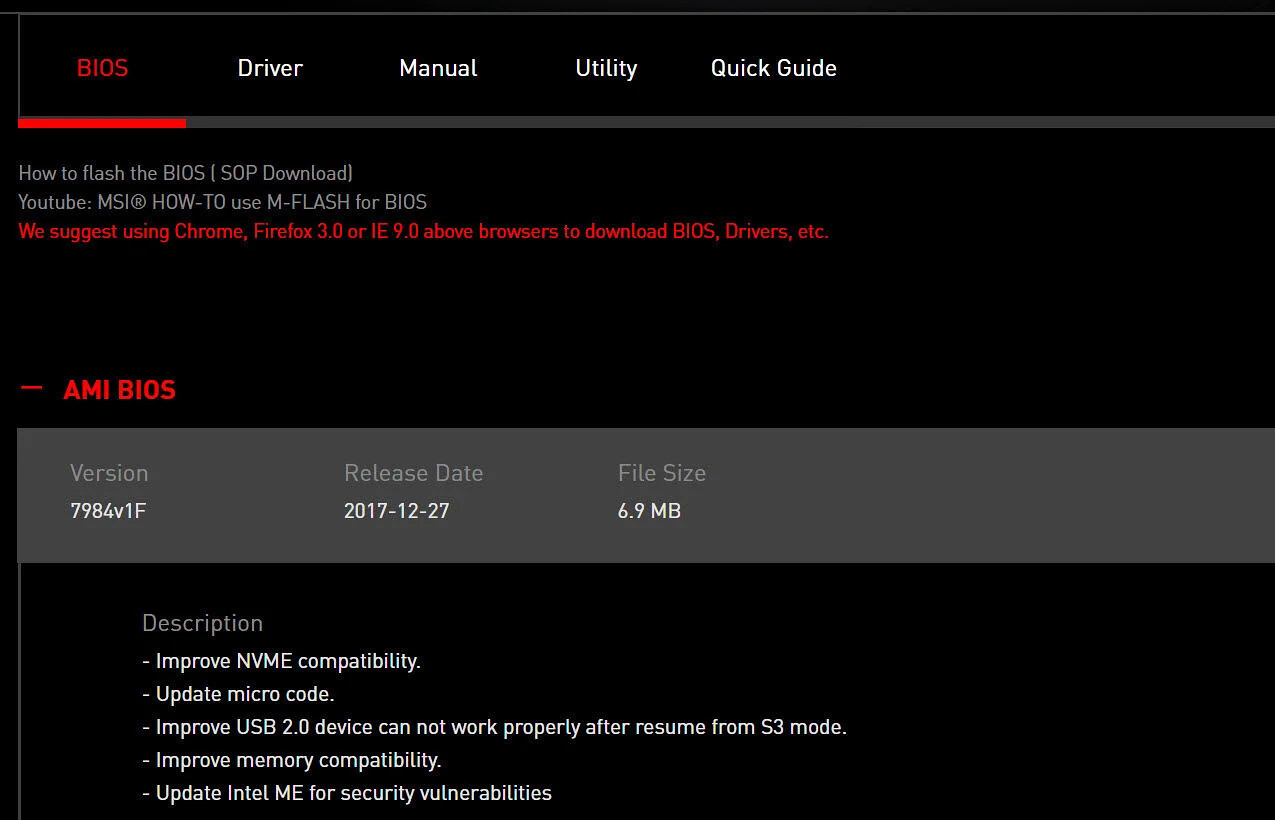 If a BIOS update is between them, it’s time to check the numbers. Is the update newer than your current version? And if so, does this state that your specific problem will be discussed in the documentation? If everything is valid, it’s time to download.

Older BIOS downloads are used to include flash programs that will run from a USB drive after you type the command at the prompt.

However, modern boards tend to have utilities built into the BIOS itself so that the .zip file that you download only contains a BIOS update file and a text file that details release notes.

At this point, it’s a good idea to read the instructions on the manufacturer’s website about the exact update process for your BIOS. They do vary, and you might need to configure a few things before starting the update process, such as disabling safe boot mode and fast boot mode.

Most of the time, you only need to extract the file from the zip file and copy it to a USB drive.

How do I update my BIOS on Windows 10?

For many motherboards, you cannot update from Windows 10. You must reboot and enter the BIOS and look for menus for options such as “EZ Flash” “M Flash” or “Q Flash”. Just follow the instructions on the screen to select the BIOS file from your USB drive.

If you cannot access the BIOS, here are some additional tips, especially if your motherboard uses UEFI.

You might find an Update utility for Windows provided by your motherboard manufacturer. You often get the option to backup your previous BIOS. Look for an entry along the line “Save current BIOS data” and select the folder of your choice to save it.

To download the update, you now need to look for options such as “Update BIOS from the Internet” and click. If the default server isn’t responding, you can usually find the “Automatic Select” option nearby to switch to another. If there isn’t an updated version of your software update available, you might be asked to download it first, so don’t worry about it.

After finding a newer version of your BIOS software, download and click “Update BIOS from file” to select it for the process. Depending on your update utility, you might arrive at the final page comparing information on your old BIOS version with the new one – this is your last chance to check that everything is OK. If you are really positive to start processing, click “Update” or “Flash”. After the process is complete, reboot your PC for the changes to take effect.

After the flashing tool successfully completes the update, you can immediately restart the PC or laptop and start working with the new BIOS. However, you should check a few things first.

Enter the BIOS using the appropriate keys when booting up. Check the main settings to make sure the date and time are correct, the boot order (e.g. which hard drive is checked first for a Windows installation), and make sure everything looks correct. Don’t worry too much about the advanced settings unless you experience problems. If you note the previous BIOS settings or know what they should be – such as CPU and memory frequencies, configure them accordingly. Be sure to save your changes before exiting again.

In spite of every precaution and security measure, updates can still fail – either due to unexpected incompatibility issues, unfavorable blackouts or cats running over the keyboard.

Here’s what to do: If it still works, don’t turn off your PC. Close the flash update tool and restart the update process to see if it works. If you back up the BIOS, you can try to choose the file to install instead of the newer one. Some motherboards have a BIOS backup, so you might be able to recover information from it: check your manual or online instructions for how to do this.

Or, it is also necessary to check whether the manufacturer sells its BIOS chip directly through an online store, which often turns out to be cheaper. 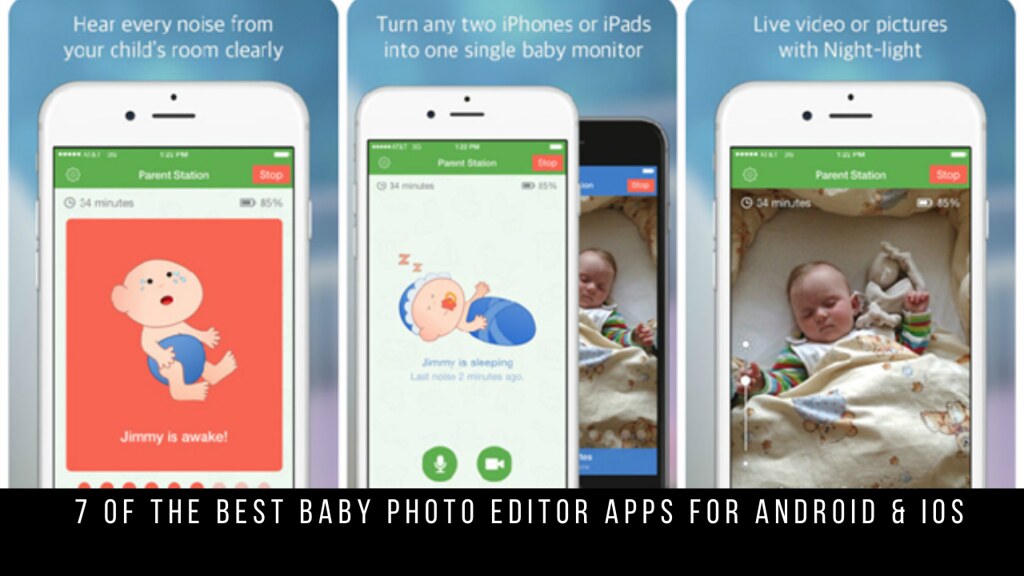 7 Of The Best Baby Photo Editor Apps For Android & iOS 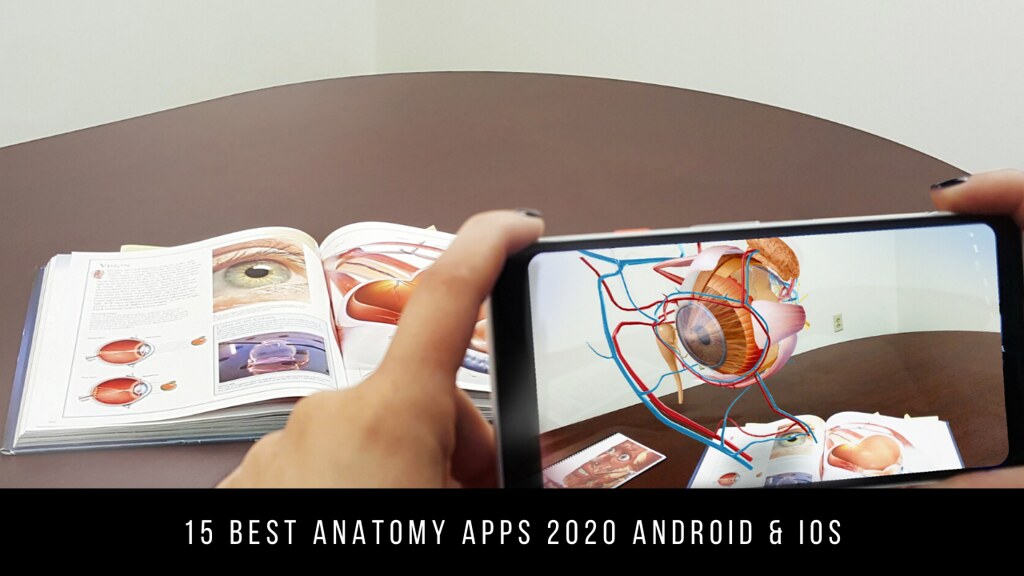 How to Identify Specific Colors on an Apps or Website

How to Host Your Own VPN with Algo and Cloud Hosting

How to Fix Google Chrome Translate Not Working

How To Install A Brush In Photoshop

How to Disable Auto-Connect on Certain Wi-Fi Networks

How to Convert a PowerPoint Presentation to Keynote

How to A New & Easier Way to Install & Update YouTube Vanced

How to Install Sensu Monitoring on Ubuntu 20.04

5 The Best Gallery Apps To Manage Photos & Videos For Android

How to Check Air Quality Near You...

How to Hide and Show Apps on...

How to Uninstall Microsoft Teams and Stop...

6 The Best Gardening Apps For Android...

How to Color a Video Using Filmora

How to Stop Chrome Extensions from Reading...

How to Customize Google Widgets on Android